To share your memory on the wall of Ruth Brason, sign in using one of the following options:

Peacefully at ARCH on Tuesday, May 28, 2019 at the age of 88, with her son John by her side. She was the loving wife of the late John (Jack) Brason. Treasured mother of John Taylor Brason. Very proud friend of ... Read More
BRASON, Joan (née Taylor)

Provide comfort for the family by sending flowers

We encourage you to share your most beloved memories of Ruth here, so that the family and other loved ones can always see it. You can upload cherished photographs, or share your favorite stories, and can even comment on those shared by others.

Plant a Tree in Memory of Ruth
Plant a tree 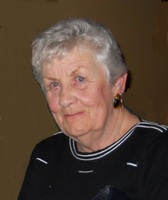