To share your memory on the wall of Bill Buzanko, sign in using one of the following options:

Albeit far too soon, Bill passed away peacefully at Sault Area Hospital on June 11, 2019, in his 64th year, following a courageous battle with ALS. Bill is survived by his loving wife and best frien... Read More
BUZANKO, Russell Morris William (Bill)

Albeit far too soon, Bill passed away peacefully at Sault Area Hospital on June 11, 2019, in his 64th year, following a courageous battle with ALS. Bill is survived by his loving wife and best friend Shelley (Mackan). Shelley, alongside sons Nicholas and Lucas, will miss Bill for eternity. Bill will be lovingly remembered by his brother Rick (Julie), and sister Margie (Allan). Bill was a cherished son-in law of James (deceased) and Mary Mackan, and a beloved brother-in-law to Karen (Larry), Maureen (Paul), Jim (Susan), Brian, Mike, Dave (Kerry), Patrick, Phil (Pam), and Francis (Aimee). Memories of “Uncle Bill” will be held dearly by his many nephews and nieces.
In 1955, Bill was born in Kenora, ON to Morris and Anne, who he will be reunited with in Heaven. In 1977, Bill moved to Sault Ste. Marie, ON to work for The Sault Star, where he would also meet Shelley. Bill and Shelley would wed in 1983, and then have two sons, Nick and Luke, who were his proudest achievements. As a father, Bill took pride in engaging in Nick and Luke’s personal endeavours, supporting them throughout their lives in education, work, and hobbies. For 19 years, Bill also had a close companionship with “Smudge”, his feline friend. Throughout his career in sales, he developed many close friendships and would remain a loyal employee of The Sault Star for 40 years. A dedicated fan of the Winnipeg Jets and Blue Bombers, Bill would enjoy spending time conversing about sports with his family and friends. Always an accommodating host and entertainer, Bill would find great joy in organizing backyard parties – often accompanied by washer toss tournaments. To this day, Bill remains undefeated.
In addition to his loving family, Bill was blessed to have many friends that supported him throughout these difficult times. Bill was especially appreciative of his close friend Jim Halverson. Heartfelt gratitude is also extended to the SAH ICU team for the care and compassion that was provided to Bill, and the ALS Society, for their guidance and unwavering support.
Most of all, Bill will forever be remembered for his wit, welcoming presence and selflessness. In lieu of flowers, donations may be made to the ALS Society. In honour of Bill, a Celebration of Life will be held this summer (details pending).

“I faced it all, and I stood tall… And did it My way.”
Read Less

To plant a memorial tree in honor of Bill Buzanko, please visit our Heartfelt Sympathies Store.

Provide comfort for the family by sending flowers

We encourage you to share your most beloved memories of Bill Buzanko here, so that the family and other loved ones can always see it. You can upload cherished photographs, or share your favorite stories, and can even comment on those shared by others.

Posted Jun 17, 2019 at 11:08am
Dear Shelley and family
Tom and I were so sad to hear of Bill’s passing.We enjoyed you both in the office and have thought of you both so often in these recent months.
Sometime life seems very unfair and for sure this is one of those times.You are in our thoughts now and know your family will support you through this sad time.
Our sincere sympathy
Tom and Laurel Young
Comment Share
Share via:
PP

Posted Jun 15, 2019 at 06:11pm
Shelley and Family...
I was so sorry to learn of Bill's passing. I have many fond memories of working with Bill at the Sault Star. Please accept my sincere condolences and know my thoughts are with you and all your family at this very difficult time.
Patty Guerriero Page
Comment Share
Share via: 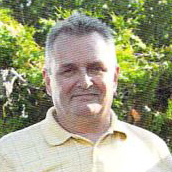